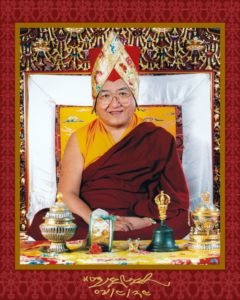 His Holiness the Sakya Trichen

His Holiness the Sakya Trichen is the 41st Sakya Trizin and the supreme head of the Sakya School, which is one of the four main schools of Tibetan Buddhism. Born in Tibet in 1945, His Holiness belongs to the ancient and distinguished Khön family, whose history extends back to the early days of Tibet, before the arrival of Buddhism.

For a complete biography, as well as information on the Sakya Lineage of Tibetan Buddism in general, please visit the Sakya Centre website. The Sakya Centre situated in Rajpur, Dehradun is the personal monastery of His Holiness Sakya Trizin. 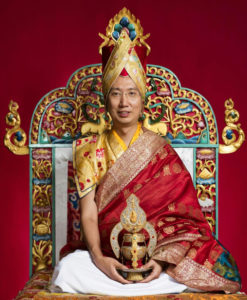 His Holiness the 42nd Sakya Trizin

His Holiness Khondung Ratna Vajra Rinpoche, the eldest son of His Holiness the 41st Sakya Trizin, is considered one of the most highly qualified lineage masters of Tibetan Buddhism. Renowned for his erudition and the clarity of his teachings, Rinpoche belongs to the prestigious Sakya Khön family, whose successive generations have provided an unbroken lineage of outstanding masters.

Born on 19th November, 1974 in Dehradun, India, His Holiness was, from birth, the recipient of countless blessings, empowerments and teachings from His Holiness the 41st Sakya Trizin as well as many other learned and accomplished masters. 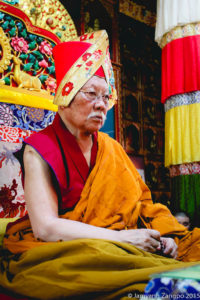 His Eminence Kyabje Dorje Chang Luding Khenchen Jamyang Tenpei Nyima Rinpoche is one of the most highly respected and learned teachers of the Sakya tradtion and of Tibetan Buddhism at large. It is believed that H.E Luding Khenchen Rinpoche is an emanation of Vajrapani. His Eminence is the Head of the Ngor Lineage, one of the two sub-sects of the Sakya tradition. He was born to the clan of Shang, Sharchen or Ludingpa, which is renowned for producing great scholars and siddhas. 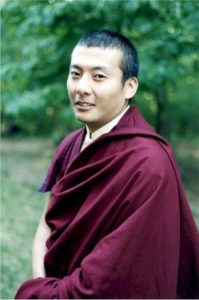 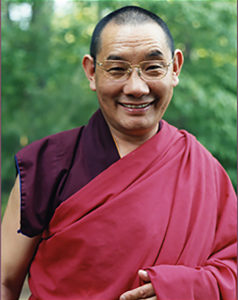 Venerable Khenpo Kalsang Gyaltsen is Abbot and Vice President of  Tsechen Kunchab Ling. He established the temple in 2001 at the advice of His Holiness the Sakya Trizin as His Holiness’ Temple Seat in the United States, courageously and skillfully carrying out His Holiness’ intentions in identifying and renovating the property, constructing a beautiful temple, gathering a monastic sangha, and developing and teaching the daily religious and cultural programs there. Venerable Khenpo Kalsang is also spiritual director of Sakya Phuntsok Ling Centers for Tibetan Buddhist Study and Meditation in Silver Spring, Maryland and several other branches of Tsechen Kunchab Ling throughout the country. He is a widely recognized and accomplished teacher and translator of Buddhism. His Holiness the Sakya Trizin and other high lamas of the Sakya Order have repeatedly praised his Dharma activities as exemplary.